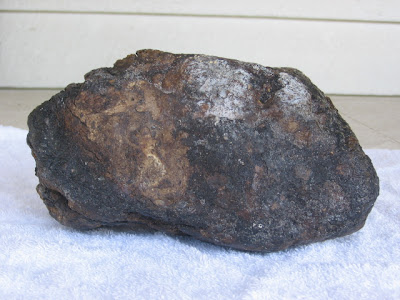 It is not easy to buy Ambergris even for one who knows it well.

The business is in the hand of very few people who are ready to throw millions of dollars for really big lots. They control the prices and are very fast in travelling to the finding places with the cash payment.
It is a matter of āgrab and runā, that often occurs in luxury hotel rooms.
It is certainly dangerous to go around with such big amounts of money, and the life of an Ambergris hunter is surely adventurous and romantic.

Since years I am trying to sneak into the business without much success.
The others are better equipped and the only resource I have is to offer more money than them.
Therefore one should know the price that they offer, and on the other hand it is difficult to buy it too expensive because it becomes then difficult to sell it and you risk being left without money but with plenty of ambergris.
The customers are always the same, Guerlain and some of the biggest perfume houses. The Arabs, the Asians and the Japanese are also very big consumers.

I have received an offer for a lot of 1,5 kg (in photo) and this is a reasonable size for me.
The investment is at my dimension and the lot is a single lump. This is important to me because I have observed that the maturation, that lasts for years, occurs in a better way in big lumps than in small pieces.
The problem is that this lot is in Australia and that it is the only country from which the export is prohibited.

I know that the French hunters manage to export it. I called the seller in Australia and he also knows that. Probably he had already contacted the French concurrent and his offer was too low. Then he called me for a better one.
āI donāt know how they doā I confessed him
āProbably they do it quietlyā he answered
āWellā I said, ālet us do the same, like Crocodile Dundee, after all we are in Australiaā.
In the meantime I put the photo online. If someone is interested in the Ambergris business let him call me.

Want to join the discussion?
Feel free to contribute!

This site uses cookies. By continuing to browse the site, you are agreeing to our use of cookies.

We may request cookies to be set on your device. We use cookies to let us know when you visit our websites, how you interact with us, to enrich your user experience, and to customize your relationship with our website.

Click on the different category headings to find out more. You can also change some of your preferences. Note that blocking some types of cookies may impact your experience on our websites and the services we are able to offer.

These cookies are strictly necessary to provide you with services available through our website and to use some of its features.

Because these cookies are strictly necessary to deliver the website, refuseing them will have impact how our site functions. You always can block or delete cookies by changing your browser settings and force blocking all cookies on this website. But this will always prompt you to accept/refuse cookies when revisiting our site.

We fully respect if you want to refuse cookies but to avoid asking you again and again kindly allow us to store a cookie for that. You are free to opt out any time or opt in for other cookies to get a better experience. If you refuse cookies we will remove all set cookies in our domain.

We provide you with a list of stored cookies on your computer in our domain so you can check what we stored. Due to security reasons we are not able to show or modify cookies from other domains. You can check these in your browser security settings.

These cookies collect information that is used either in aggregate form to help us understand how our website is being used or how effective our marketing campaigns are, or to help us customize our website and application for you in order to enhance your experience.

If you do not want that we track your visit to our site you can disable tracking in your browser here:

We also use different external services like Google Webfonts, Google Maps, and external Video providers. Since these providers may collect personal data like your IP address we allow you to block them here. Please be aware that this might heavily reduce the functionality and appearance of our site. Changes will take effect once you reload the page.

The following cookies are also needed - You can choose if you want to allow them: